Phil and his leading 33lbs carp. 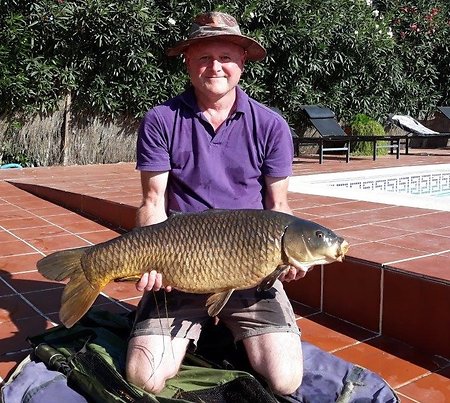 Joint second place for Rob and Spencer on 25lbs.

This is the final leaderboard for 2018. 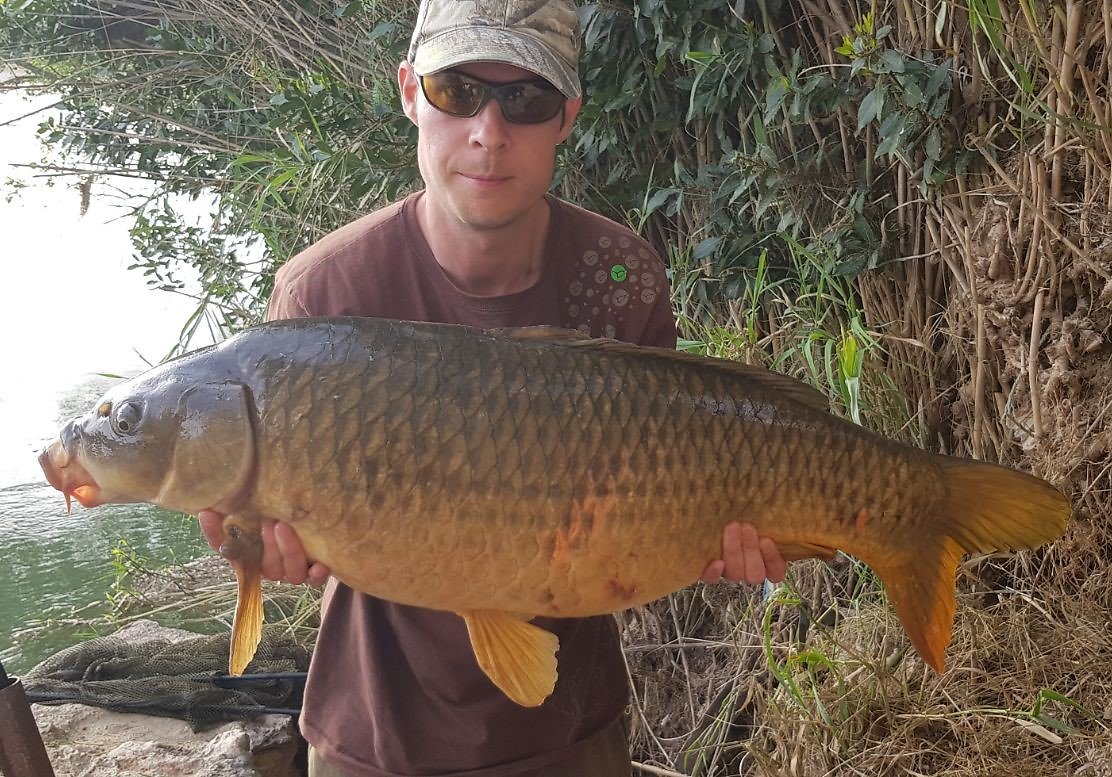 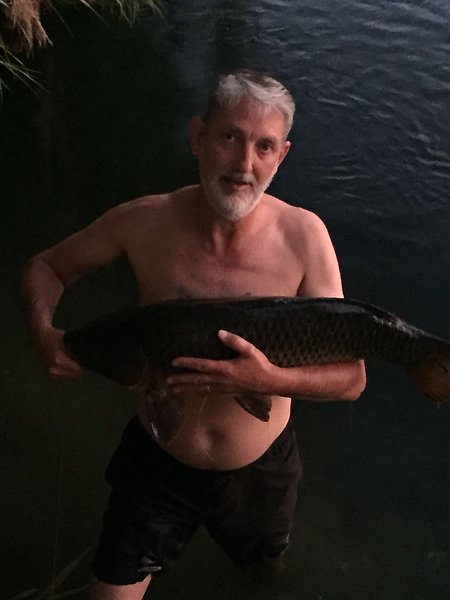 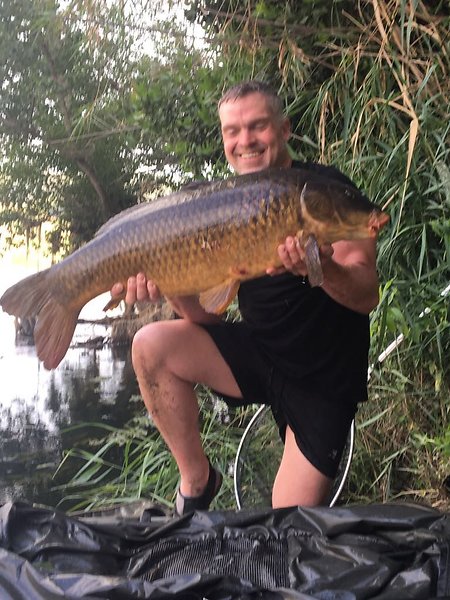 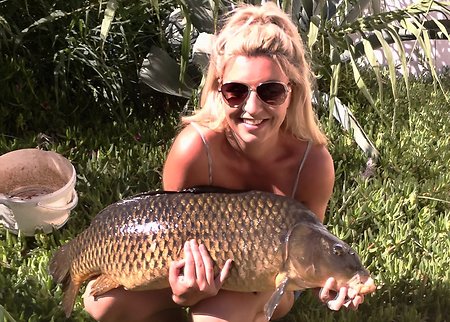 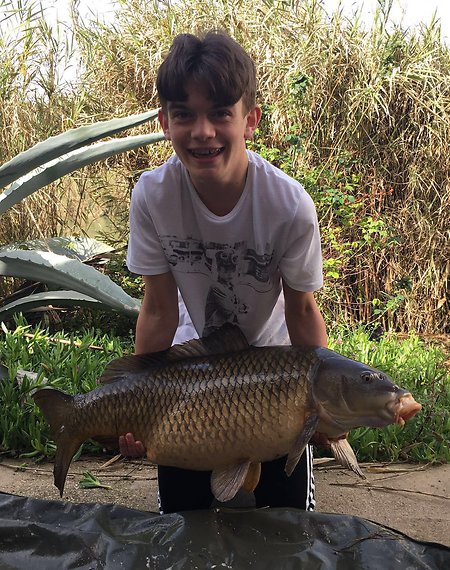 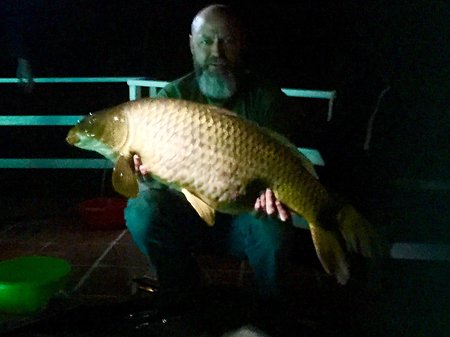 James and his evening 36lb carp. 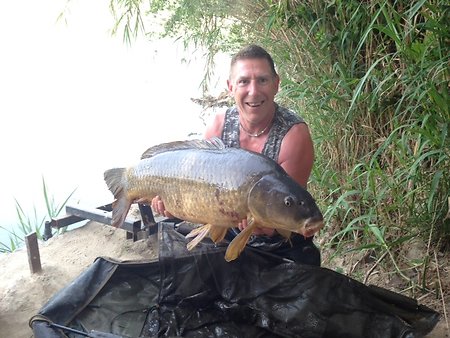 click
©2020 Mill House Fishing Club is powered by PHDi Websites
Cookies are set by this site. To decline them or find out more visit our cookie page 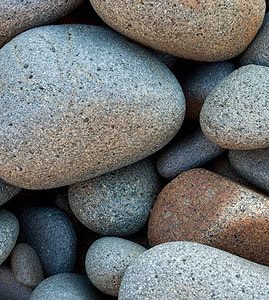 Chris, Ramona and Angelina were with us for a couple of weeks and caught 2934lbs of fish. Chris just missed out on becoming leader with a 108lbs catfish. Ramona had a 104lbs. They had 50lbs, 60lbs, 70lbs and 80lbs. Angelina had a perfect 1lbs.

Karl, June, Derek and Christine had a couple of hours fishing per day and managed 951lbs of catfish. Four 80lbs plus, 75lbs and others under 50lbs.

Tim and his Dad, John both out for the second time this year. John had a catfish pb of 82lbs on a carp hook. A fine job getting it in. Tim lost a estimated 83lbs out of the weigh sling. They also had 3 x 40lbs pluses, 2 x 35lbs pluses catfish and 4 small carp.

H, Pauline, Hollie, Sam, 4 little girls and of course baby Jenson. Hollie stepped up to the plate and had 65lbs and 50lbs. The boys could only manage a couple of 40lbs.

Gordon, Sharon, Dawn and Mike had catfish to 85lbs, 80lbs and 2x 75lbs. Many more smaller ones did not get weighed.

Richard, Elliot and Amanda, came out to see us. Richard's biggest was a 65lbs catfish.

Our friends, the Essex boys returned again. 45lbs, 35lbs, 20lbs, 27lbs and 18lbs. Not many fish, but you have to fish to catch them. Plenty of action in the town's bars and restaurants though.

Following a two week non fishing period, Rob, Becky and their children, Blake and April joined us again. A couple of small cats 35lb and 20lb. Then a 25lb carp. As more bait went in the cats got bigger. The day before they left a 81lb, then a 94lbs. On the morning of the last day a 109lb. Total 26 catfish.

Lee, Laura and the three young children. Limited fishing due to the children, but he stiil managed one catfish of 71lbs. Lost three.
Six/eight spotted feeding.

©2020 Mill House Fishing Club is powered by PHDi Websites
Cookies are set by this site. To decline them or find out more visit our cookie page